Cookie preferences
This website uses cookies, which are necessary for the technical operation of the website and are always set. Other cookies, which increase the comfort when using this website, are used for direct advertising or to facilitate interaction with other websites and social networks, are only set with your consent.
Configuration
Technically required
These cookies are necessary for the basic functions of the shop.
"Allow all cookies" cookie
"Decline all cookies" cookie
CSRF token
Cookie preferences
Currency change
Customer recognition
Customer-specific caching
Individual prices
Selected shop
Session
Comfort functions
These cookies are used to make the shopping experience even more appealing, for example for the recognition of the visitor.
Note
Statistics & Tracking
Affiliate program
Google Analytics
Track device being used
Categories
Close filters 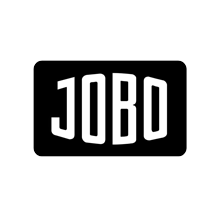 Quality, commitment and professionalism have brought us to the top of the photographic world.
Our mission is to always challenge ourselves for the best possible image, to the moon...!
JOBO on the moon?

Yes, this is no joke, no marketing gag: we love photographs to the moon and back.
It was in the year 1969.

In this year, mankind would make its most meaningful step into space: the first manned flight to the moon. Apollo 11. This event was of course recorded photografically, with a Hasselblad. But, so far, they only had the "latent picture", banned on celluloid film with silver halide coating. Nothing was proven, until the negative was developed.

In photography, (and from the materialistic view point), everything depends on the "visible picture". The "real picture" needed to be produced. To whom would they entrust the transformation of this historic proof?

Mankind in their strife for eternity manages to reach the moon for the first time. This is, at the same time, a PROOF with a political message: the free man with unleashed enthusiasm and seemingly unlimited economic capacity ("the West") reaches the moon.
...
But not only the West, just simply FIRST the West. For the moon was not to lose importance, neither for mankind, nor for the small photo manufacturer from Gummersbach, JOBO. The EAST later set their own standards with the MIR. The MIR carried their own photographic laboratory on board, and you're already guessing right that our JOBO photo-development devices were travelling in space!
...
So, actually, we should say: We love images. To the moon and back. To the moon and back!

Some of the old diapositive reproductions developed with our equipment, we have digitalised and made available for you: TO THE MOON AND BACK.